This was fun. Pre Route-66 trip, I realize I hadn’t travelled the US much. I want to hit New England and the Pacific Northwest next. tenpages.github.io/us-level/… 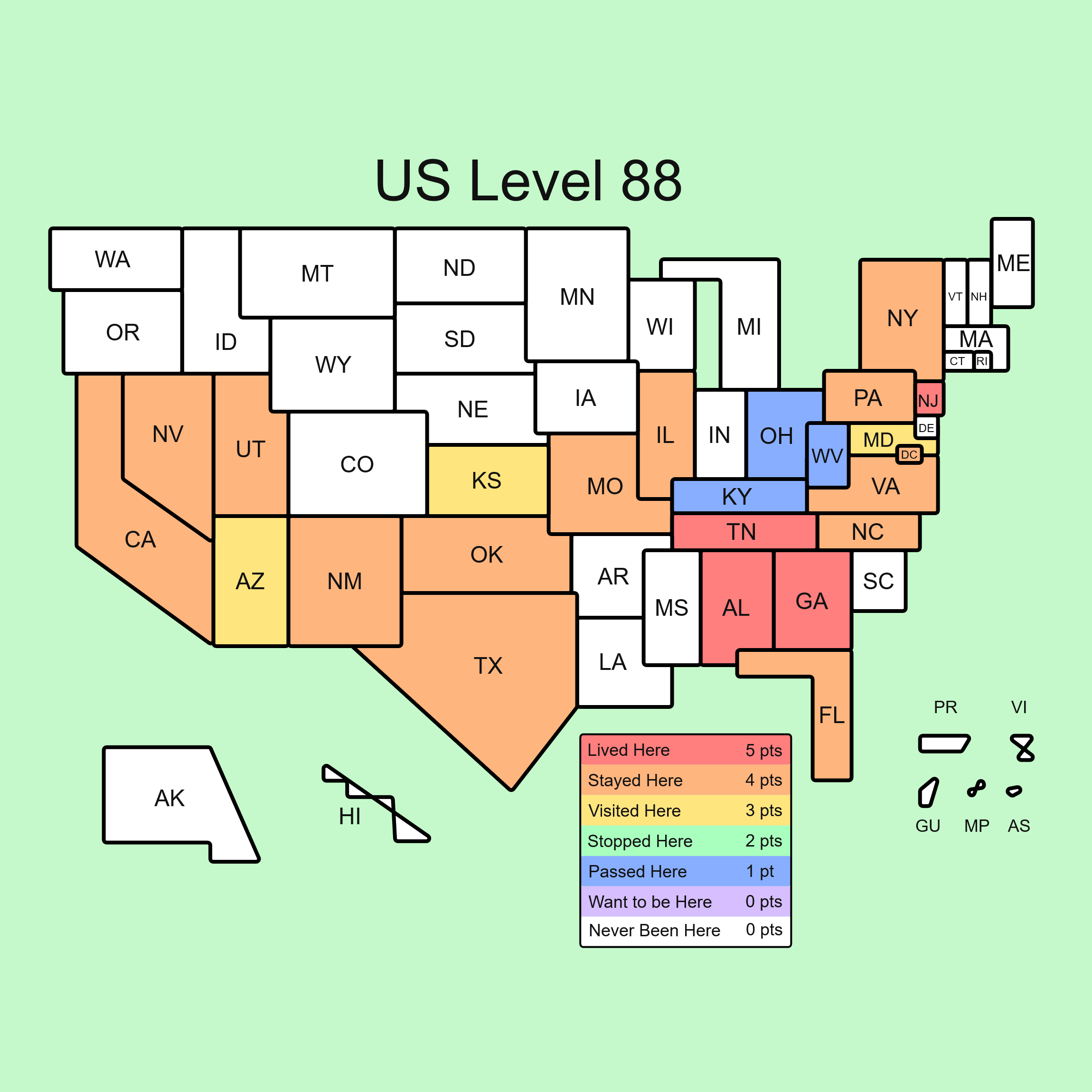 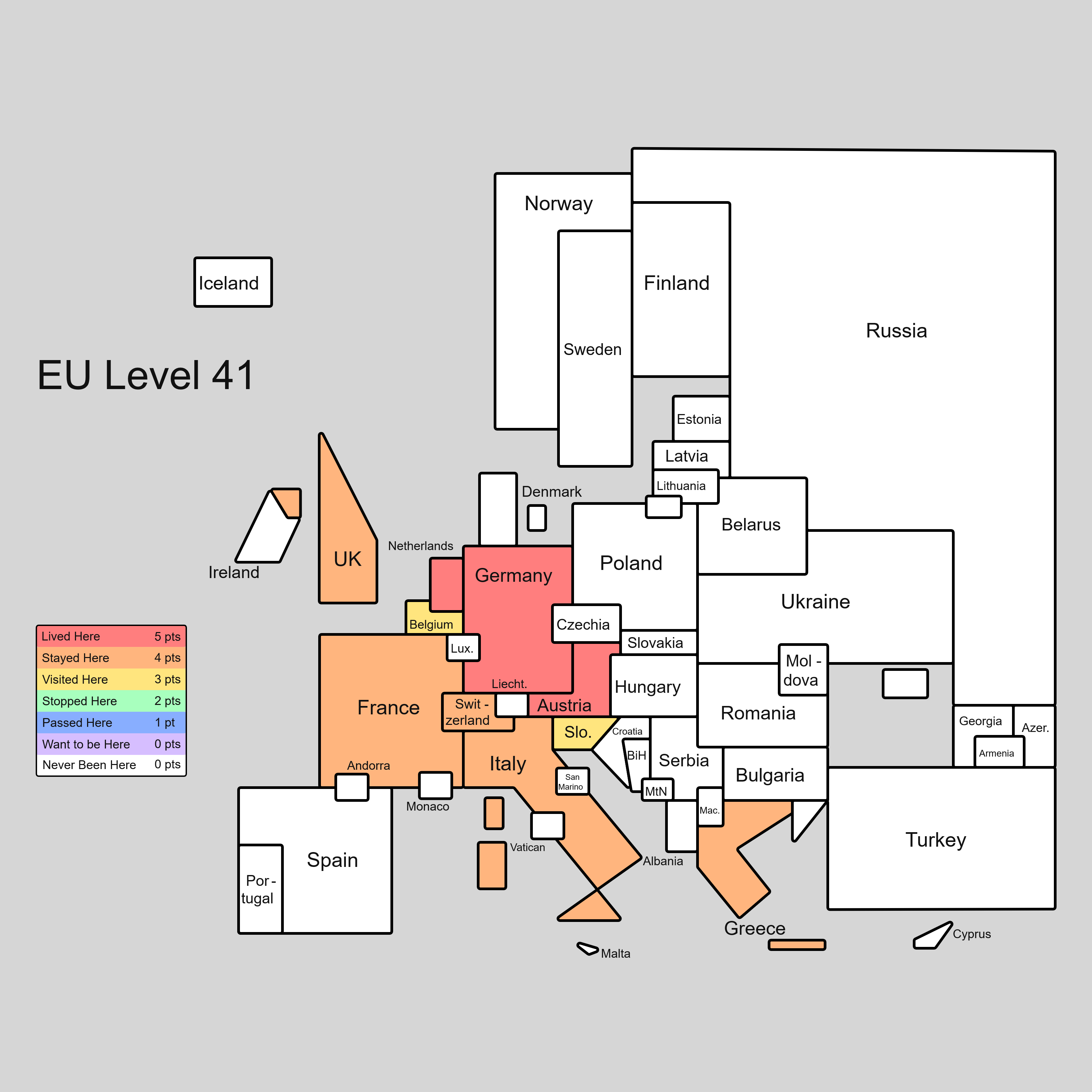 Lord, grant me the patience of the judge in the Darrell Brooks trial. She has nerves of steel! I’d be losing my mind dealing with all of that.

Fact: That’s not how the English constitution works.

I looked at my ballot for the upcoming election. Depressing. I wish the parties would moderate and put less radical candidates.

For the adoption we had to fill out a “statement of faith” for our family. A strange request for an Anglican. Naturally, I just quoted +Andrewes and the Articles.

Asking an Anglican priest for a statement of faith is a tricky proposition. On one hand I love theology and want to go deep and nuanced. On the other hand, I see I’ve only been given a single page and know that probably isn’t the direction I should go. I will try and keep things brief here but point to additional resources should anyone want to dive deeper into the breadth, beauty, and history of English Christianity.

At the height of the English reformation, Bishop Lancelot Andrewes gave a simple and direct definition of the beliefs of the English Church in response to questions from Rome and the Continental churches. He defined the English Church as believing in, “One canon reduced to writing by God himself, two testaments, three creeds, four general councils, five centuries, and the series of Fathers in that period — the centuries, that is, before Constantine, and two after.” This, he said, “determine[s] the boundary of our faith.”

So, what precisely does +Andrewes mean by all of that? This definition is fleshed out in the historical documents of the faith (i.e. the creeds, ecumenical councils, Church Fathers, etc.) and summarized well in the Thirty-Nine Articles of Religion produced in 1562.

Firstly, Anglicans affirm that “there is but one living and true God, ever-lasting, without body, parts, or passions; of infinite power, wisdom, and goodness; the Maker, and Preserver of all things both visible and invisible. And in unity of this Godhead there be three Persons, of one substance, power, and eternity; the Father, the Son, and the Holy Spirit (Article I).

Of Jesus Christ we affirm that he is, “the Son, which is the Word of the Father, begotten from everlasting of the Father, the very and eternal God, and of one substance with the Father” (Article II). Jesus, “took Man’s nature in the womb of the blessed Virgin, of her substance: so that two whole and perfect Natures, that is to say, the Godhead and Manhood, were joined together in one Person, never to be divided, whereof is one Christ, very God, and very Man; who truly suffered, was crucified, dead, and buried, to reconcile his Father to us, and to be a sacrifice, not only for original guilt, but also for all actual sins of men” (Article II).

Anglicans believe that “Holy Scripture containeth all things necessary to salvation” (Article VI) and that “the Old Testament is not contrary to the New: for both in Old and New Testament everlasting life is offered to Mankind by Christ” (Article VII). We believe that “the three creeds, Nicene Creed, Athanasius’s Creed, and that which is commonly called the Apostles’ Creed, ought thoroughly to be received and believed: for they may be proved by most certain warrants of holy Scripture” (Article VIII).

“Holy Scripture doth set out unto us [Anglicans] only the Name of Jesus Christ, whereby men must be saved” (Article XVIII). Further, we believe that men are not saved, “by the Law” or by the “sect which he professeth” (Article XVIII).

Sacraments “ordained of Christ” (i.e. baptism and Holy Communion) are “not only badges or tokens of Christian men’s profession, but rather they be certain sure witnesses, and effectual signs of grace, and God’s good will towards us, by the which he doth work invisibly in us, and doth not only quicken, but also strengthen and confirm our Faith in him” (Article XXV). Baptism, specifically, is a “sign of regeneration or new birth, whereby, […] they that receive Baptism rightly are grafted into the Church [and] adopt[ed] to be the sons of God by the Holy Ghost” (Article XXVII).

Much more can be said, but this, I think, gives a summary of our beliefs. We are orthodox Christians who hold to the historic confessions and teachings of the church. In a sea of contemporary culture that desires to mold ancient teachings to fit the modern culture, we hold truth and profess the faith once delivered to the saints. Jesus is the one way to salvation, the Church is his Body, and we joyously await his coming again in glory to make all things new.

If you’re curious about what the Wizard of Oz might have to do with the Bible, come join me at St. John’s in Franklin at 10 o’clock tomorrow! ⛪️👠📖

I started taking one of my children out for breakfast each week. It’s been great. Dads, do this! I’ve had some really great conversations with my kids. So fun to get to focus on just one child without distraction. 👨

Your annual Advent early-warning. Advent is not pre-Christmas. It is a time to reflect on the final things and Christ’s return. 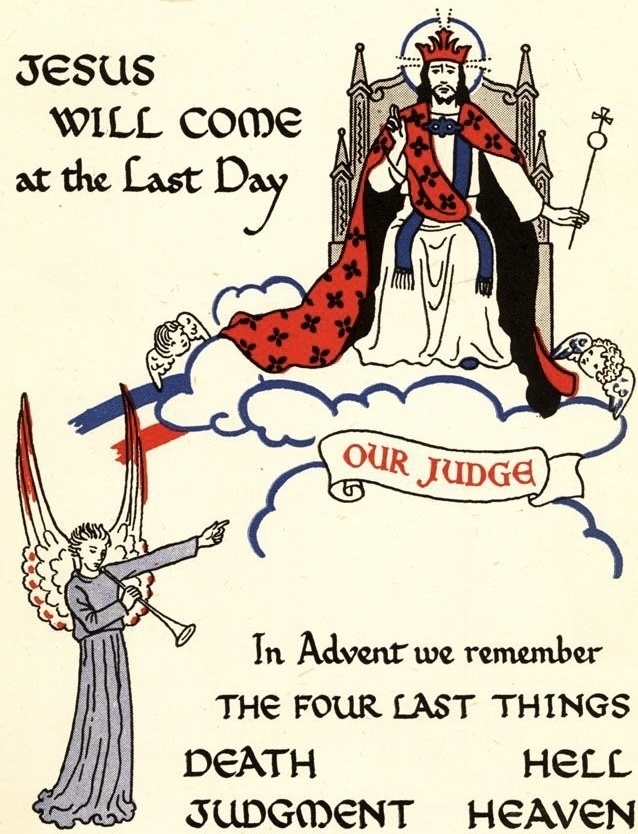 Pure evil. I am no fan of Gov. Lee, but I pray he shuts this down. — We Are Lucky as a Community to Have a Pediatric Transgender Clinic

Men: It is okay to occasionally leave your family to be with friends and just have fun. You are not a bad husband/father for doing this. Rather, you are filling your need for male fellowship which energizes you to be a better spouse, friend, and father.

Just got super-boosted. Praying we’ll have a COVID and flu-free 2022. 💉

Ready to watch Nashville SC bring home win #5 in a row with my soccer buddy. ⚽️ I’m having a hard time even processing the idea of the Queen not being with us. She’s been such a steady, Christian witness for my entire life. I will miss her gospel proclamation each Christmas. I will miss her prayerful presence on the world stage.

Praying for Her Majesty, Queen Elizabeth. — She has served her people and, more importantly, her God well. 🙏 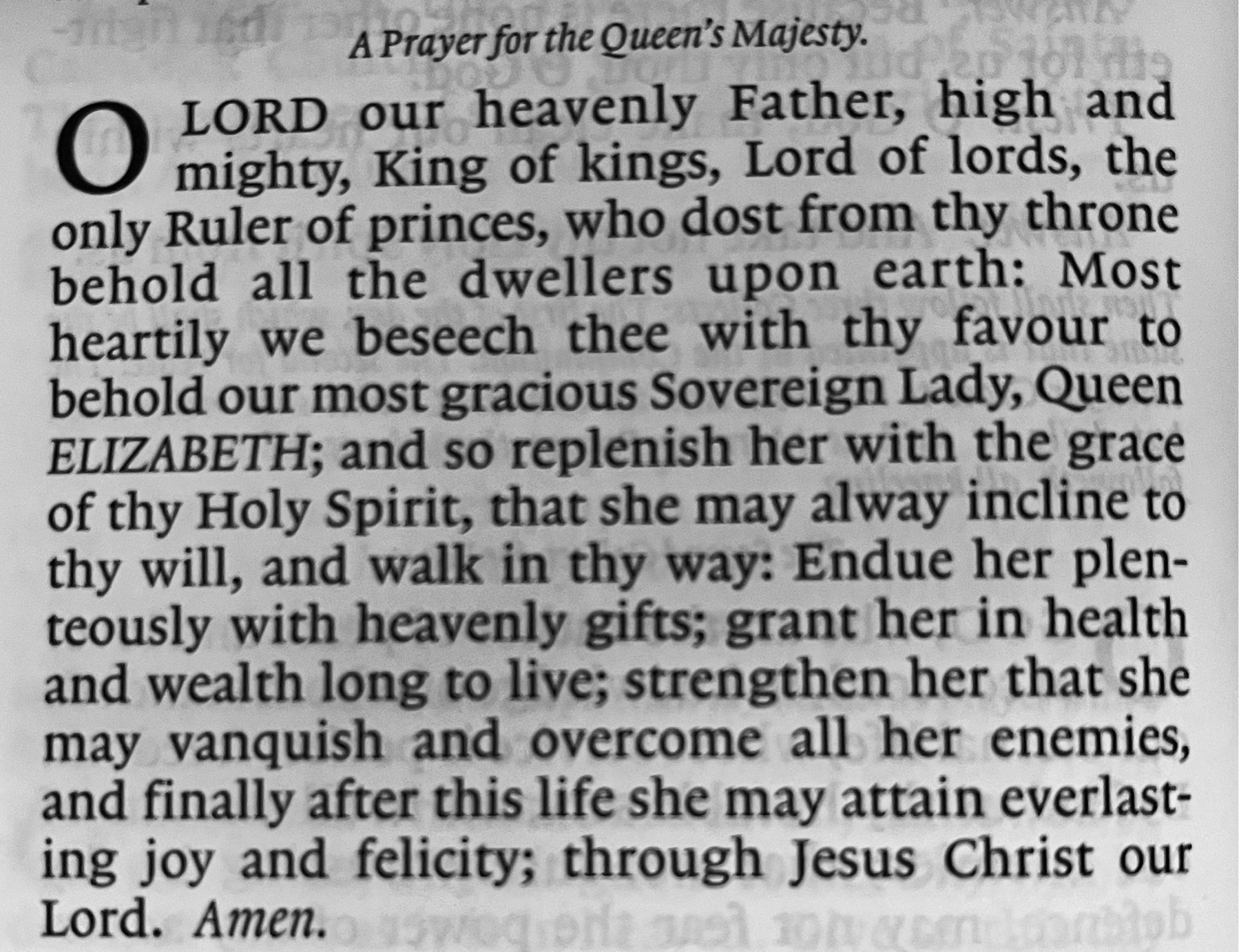 I had to go with the “standard” choice here. “God” just isn’t specific enough for me. I trust in God: the Father, Son, and Holy Spirit made manifest in the person of Jesus Christ. The deist god of the founders and the “neutral” god of American politics is unknown to me.

I’m so over articles like this in The Tennessean! It’s disgusting. Hundreds of words about “reproductive rights”, protesting, and organization. Not a mention of the little lives extinguished. Lord, have mercy on us all! Ready for a men’s ministry tailgate. Join us at 5:30p! 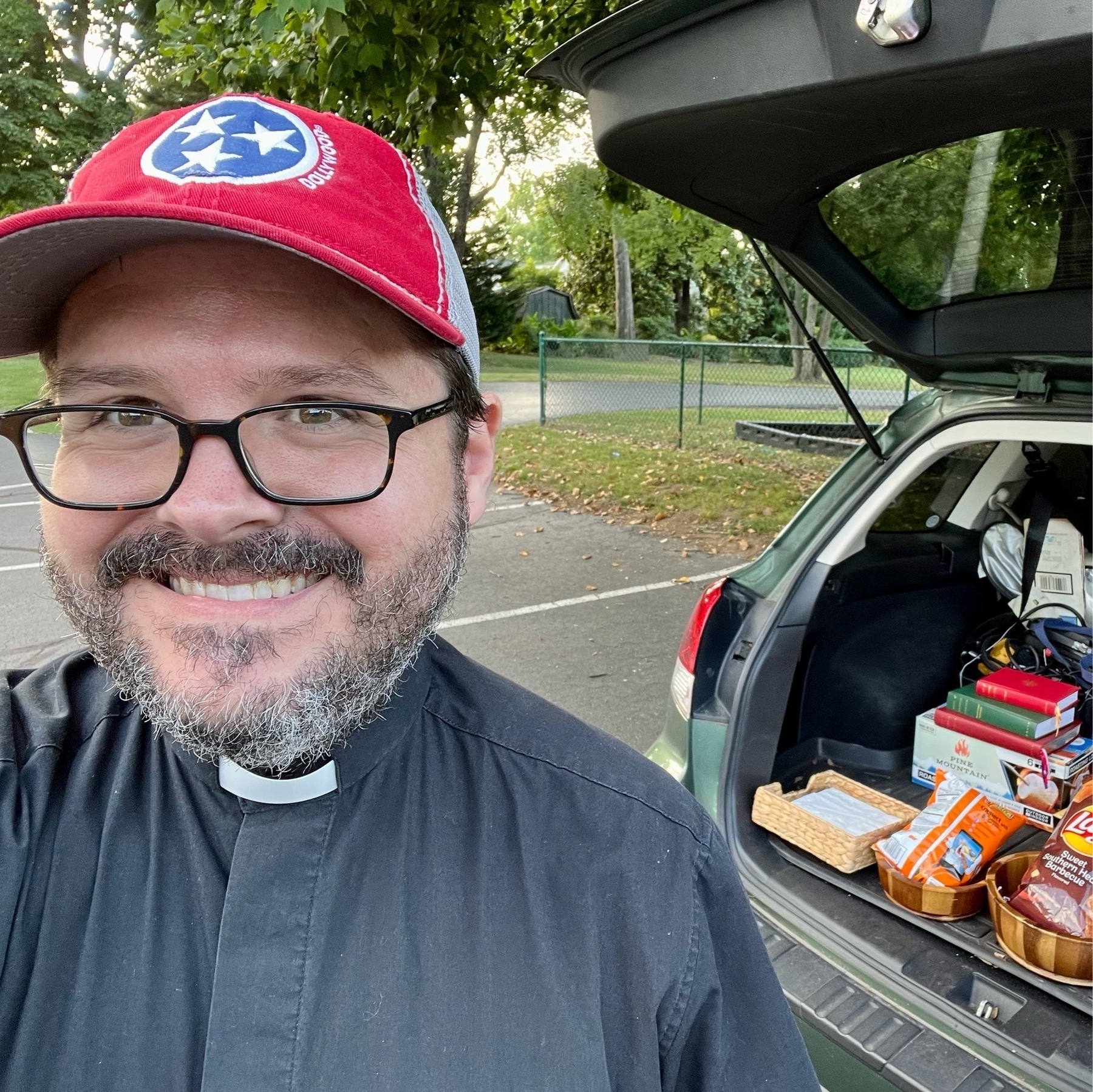 Y’all! The ending of John has me pumped up today. Christ has died. Christ is risen. Christ will come again!

Currently reading: Conformed to His Image by Kenneth D. Boa 📚

Ready to watch Nashville SC get 3 at home with my #1 soccer buddy. ⚽️ 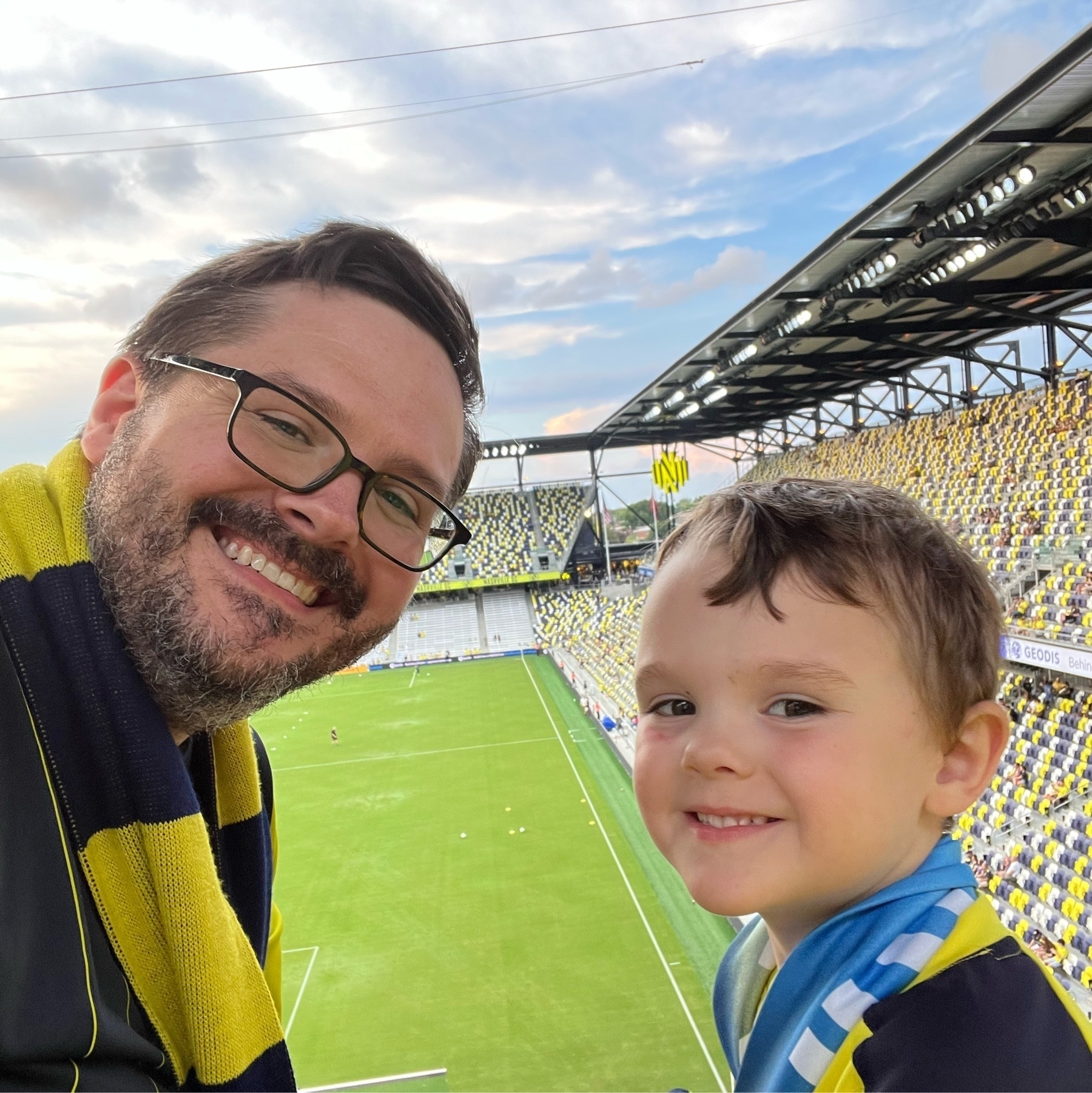